I cannot really claim to do much more than comment on stories as they appear, but every so often the gossip machine gets out of control and people telephone me with information they assume I must already have. They assume the information is in the public arena. It is not quite. Yet.

So this evening, I want to focus on two further resignations, or withdrawals. The first is Chuka Umunna who has withdrawn his name from the list of labour front runners. I cannot see why unless some pressure was applied – and by whom? There is no one with the weight to do it. He said he did not want the level of scrutiny or pressure that came with the job – but surely that is something he had to accept when he first got into politics – and just because he says he no longer wants the top job will not make that scrutiny go away. That his team has said there is no “unwelcome press story” behind the announcement will surely further flame the speculation that really there is something to hide. So, no doubt the press is camped around his house scenting something big this evening. Backing away on those terms, I am afraid Chuka, is like a red rag to a bull. I wish him well in his quest for privacy, but I think he will not get it now and neither will he get the security that would have gone with high office.

That said, I sympathise with what he has said: “this is not right for me or people close to me. I’m human, the rest of my life is more important to me than politics.” More than that, my instinct is that, whatever speculation might be rushing around Fleet street, there really is no dark secret. Chuka Umunna is as clean as they come.

So, let me put my cards on the table: I like Chuka Umuna. I have said so a few times before in this blog. I do not share many of his political views but I like the fact that he is forthright about opposing and identifying racism, and I like the fact that he is an enthusiastic but not uncritical European. I would also be interested to see whether he runs for mayor of London…

Ben Bradshaw has said that Chuka’s withdrawal is a “terrible loss”. I like Ben Bradshaw too! 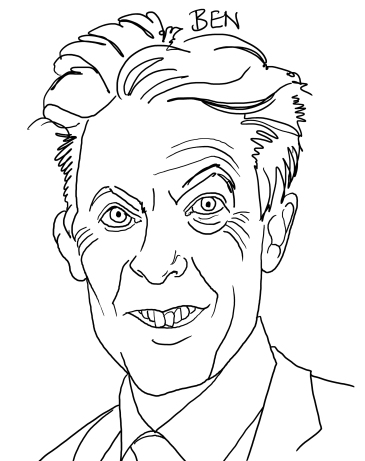 Anyway, as we now know, a Resignation or a political withdrawal is now a fairly vague term. It could be another word for “summer Holiday” or indeed it could be overturned by your friends on the NEC. What Ben Bradshaw now needs to do is to get lots of those people who stood for election on May 7th, I suppose, to write letters of support to Mr Umunna. It worked a treat for Mr Farage.

That brings me to the second resignation and to the silence of Mr Carswell, who my sources tell me is the mysterious figure behind Mr Farage’s veiled warning. “He hasn’t had the courage to break cover but he must make his mind up,” he said. “Is his future with UKIP or not?” I certainly know that people have been writing to him urging him to challenge Farage for the leadership and at least to champion the libertarian side of the party. But has he received enough of these letters and emails to give him the sort of confidence Mr Farage enjoys? Emails, after all are so much more tangible than the votes that might elect a politician to Westminster. You can touch an email after all- you can print it out. In a way, it is “yours”. You cannot touch a ballot paper.

There has been huge support for Mr Farage – so claimed the leader on Question Time and he referred to the barrage of supporting emails he had just received – the barrage that was so overwhelming as to rule out any possible leadership contest. But he said nothing on Question Time about the campaign in head office that forced people to write these letters, nor that when the decision was taken by the UKIP NEC to overturn his resignation, apparently Nigel was himself also in the room – no doubt to ensure fairplay.

There is a distracting story about whether Mr Carswell should accept the “Short money” offered bizarrely on some sort of Proportional; representation based on the numerous votes given to the party, but that could well be a moot point if, by the end of next week, Mr Carswell is no longer in UKIP or representing those 4 million UKIP voters.

Oh, and what  I would not give to have been a fly on the wall in Bute house!

Let me suggest something- if Scotland could issue its own Tier 1 visa, how many current non-EU students in the UK would move to Scotland to work in Edinburgh after their graduation? I think that would be a wonderful demonstration of just how valuable the Tier 1 visa has been to the UK and how valuable it could be again. It is a potent diplomatic weapon that was abandoned because of some silly rhetoric about immigration fears. Come on, Mr Cameron- that rhetoric is no longer necessary: UKIP is in tatters and the argument is won. Scotland is brave enough to take this risk and it’s time to try something different.