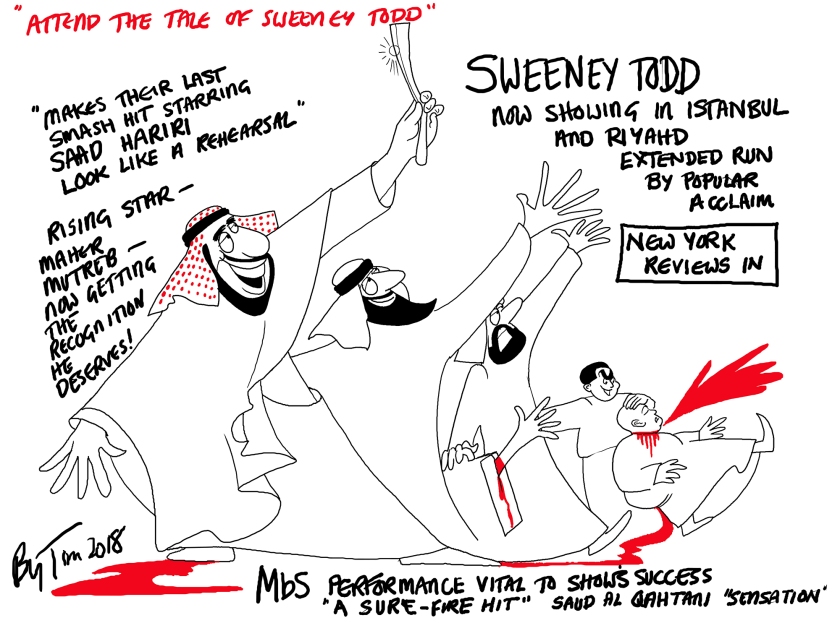 Here is an older cartoon from October

Silence is not always Golden.

It is the result of repression are rightly resisted by feminism. In Ovid’s Metamorphoses, Philomela, who is part of the ruling family of Athens, is raped by her brother in law, Tereus. He tells her to be quiet, and when she refuses, he cuts out her tongue.

But her story lives on. 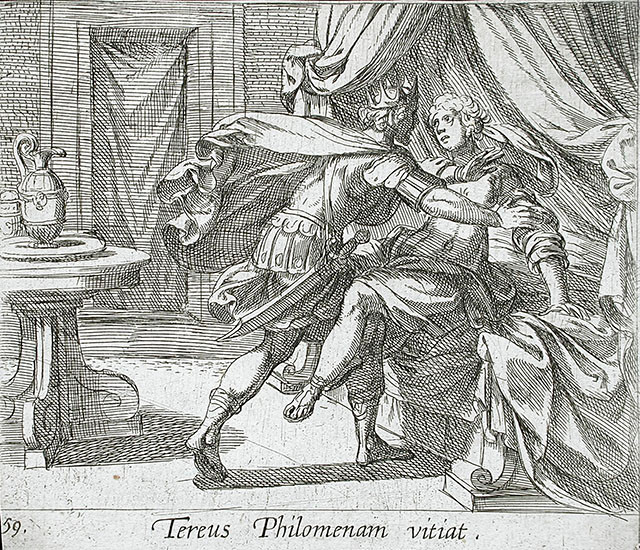 Silence is often about the brutality of authority.  That is why, when we witness abuse of any kind, we should speak up. The victims have suffered enough already. Glossectomy or rather Elinguation is rarely practiced today, but our rulers have other ways to enforce silence.

New Laws in Scotland in 2014 make it now illegal to march a brass band past a church. A military band can certainly go past (if there are no more than 6 people abreast) but it must do so silently. It is quite literally the beginning of a gagging order and very disturbing: it might well interfere with our right to free expression. It makes scenes, for instance, like the brass bands of Corfu and like the big number just before the Interval in Hello Dolly quite impossible to stage on the Royal Mile. It makes a nonsense of The Music Man! Then again, there is little information about Nicola Sturgeon’s reverence for Hollywood or for the Greek Church!

Here is another story of ELINGUATION: 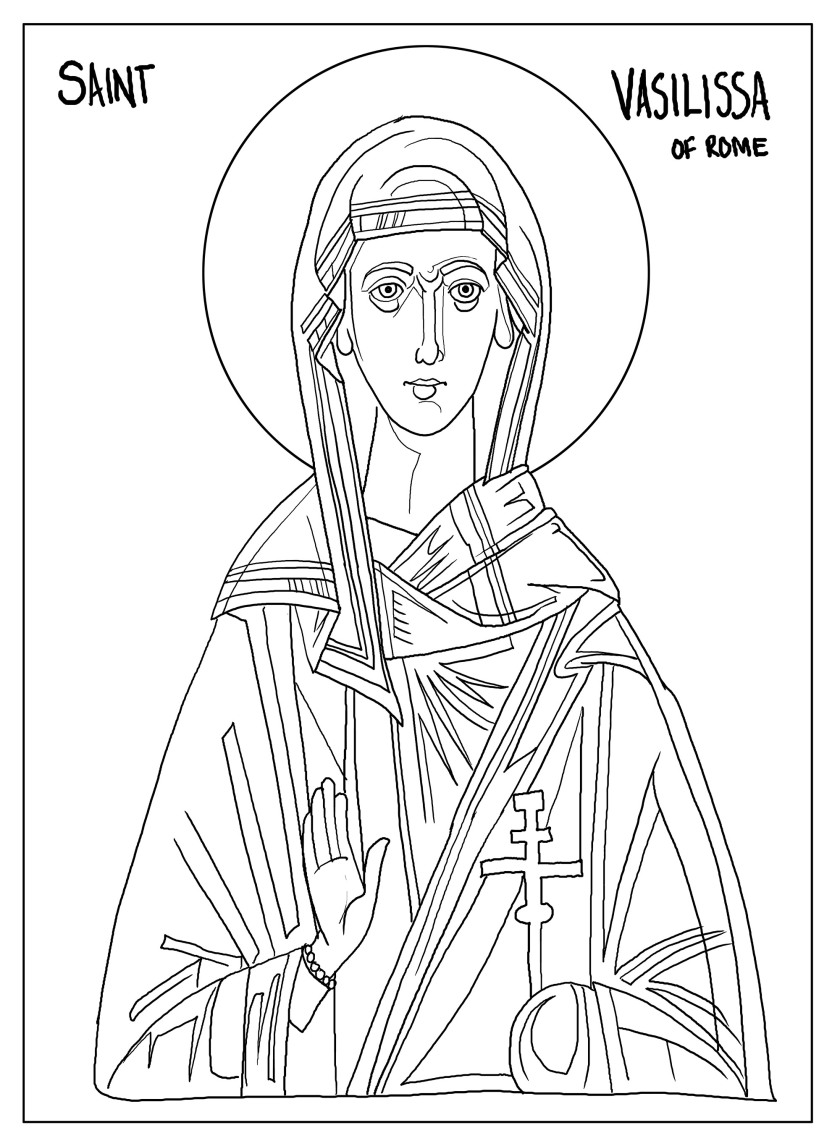 Years ago, I was required to read texts like this, over breakfast to the assembled monks:

“15th April is the Anniversary of the Saints Vasilissa and Anastasia. These were natives of Rome, the capital; they were ladies distinguished by birth and wealth, and disciples of the Holy Apostles. When the Apostles were crowned with martyrdom, Basilissa and Anastasia had their holy relics collected and moved by night. For this the two women were denounced to the Emperor Nero, and were accordingly thrown into prison, and, when they remained steadfast in their profession of Christ, were brought forth again, hung up until their breasts, hands, feet, and tongues had been cut away; after which, they were both beheaded.” (de SS Martyrum Cruciatibus)

We may never quite know who killed Jamal Khashoggi. What we do know, however, because he reported it at the time, was that he was ordered in December 2016 by the Crown Prince of Saudi Arabia to be silent. “He said, ‘You’re not allowed to tweet or write your column or give comments to foreign journalists,’” The following September, he went to Washington. Up to this point, Khashoggi had been, oddly, not unsupportive of the Prince. “He truly wants to make Saudi Arabia great again. But he is doing it the wrong way,” he told other journalists. But this was before MBS arrested and imprisoned Saudi journalists. Of course, the Prince is not alone in this part of the world in using an anti-corruption ticket to clean out his political rivals. But imprisoning or detaining people without trial, effectively silencing all opposition, is not a positive trait in any National leader.

We now know that MBS thought Khashoggi was a member of the Muslim Brotherhood, by all accounts a dangerous group, and something his family firmly deny. Whether it is true or not remains to be seen, but surely that allegation alone suggests a motive? All very worrying. 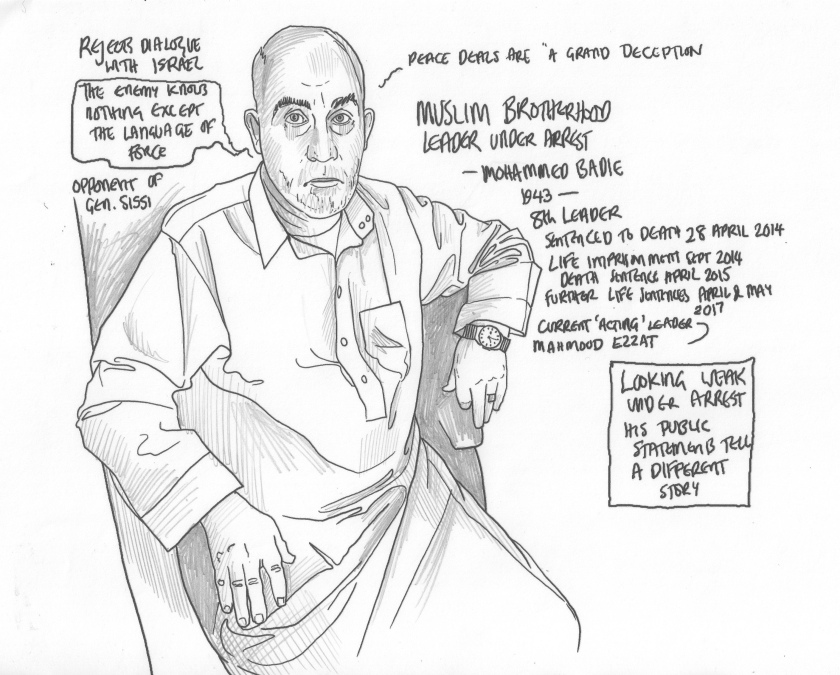 One final point- the death of Khashoggi and the pressure this now puts on the Saudi administration may well mean there is finally room to call for a credible ceasefire in Yemen. So far, our silence on this issue, particularly in the UN, is shameful. Once again, silence is not golden. 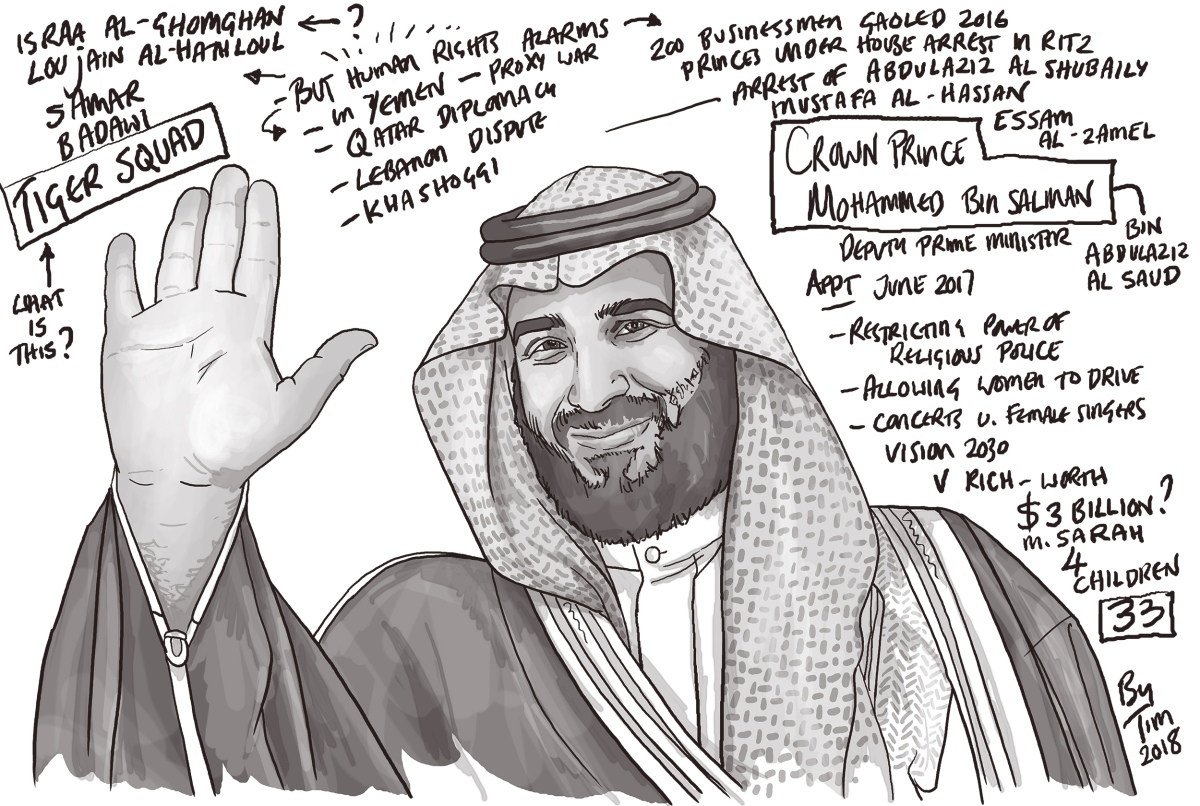 While events were ongoing in Turkey, the Crown Prince, one of the major players in this increasingly dangerous game was attending the Riyadh Investment Forum despite the absence of a number of significant Westerners, JPMorgan Chas, Siemans and so on, surely not implicit boycotters. I have just drawn him- The Crown Prince, a man who appears so charismatic, caught up in a mess beyond his conytrol. It beggars belief.

Still life goes on – though not for Khashoggi.

12 megadeals, amounting to $50 billion, cemented in Riyadh this morning just as President Erdogan began speaking in Ankara. That is almost 17 times the wealth of the Crown Prince himself. 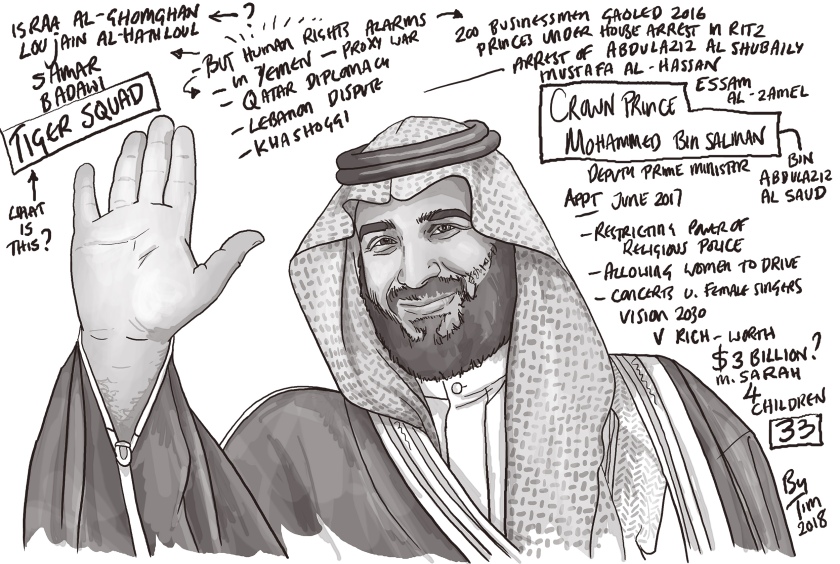