I attended an exhibition day on Wednesday at my old school, Ratcliffe College, and I was able to publicly thank the outgoing headmaster Gareth Lloyd for the spectacular turnaround in the School’s fortunes over the 7 years he has held the post. I will post some of my talk at a later date but the key point in all the speeches throughout the day made by the Headmaster, Fr President, the Chairman of the Governors and coincidentally by me too, was the importance of kindness. That is something that has been conspicuously absent in the referendum debate and the subsequent and chaotic fallout as politicians have scrambled over one another to sabotage the future.

The occasion at Ratcliffe was, of course, dominated by talk of Brexit and quite alot of discussion about UKIP and my role in the UKIP story. (I think some people had rather cleverly checked me out on the internet) I was fairly honest in my response: while there are many good people attracted to UKIP and while its leader remains one of the few great orators in the country, it is, nevertheless, controlled by a balding militant thuggery snatched from the BNP and NF. This may have been a party ruled by bullies and twits, but it also attracted spectacular and honourable people like Douglas Carswell and Councillor Sean Connors. I count Sean as a good friend and a very honourable man. I also have time for Mark Reckless, now a member of the Welsh assembly. Credit where credit is due.

I joined UKIP with the intention of playing a leading role in the way it developed, or identifying and exposing the racism that everyone told me was there. In fact, I was offered both opportunities at about the same time. I chose to expose the racism. 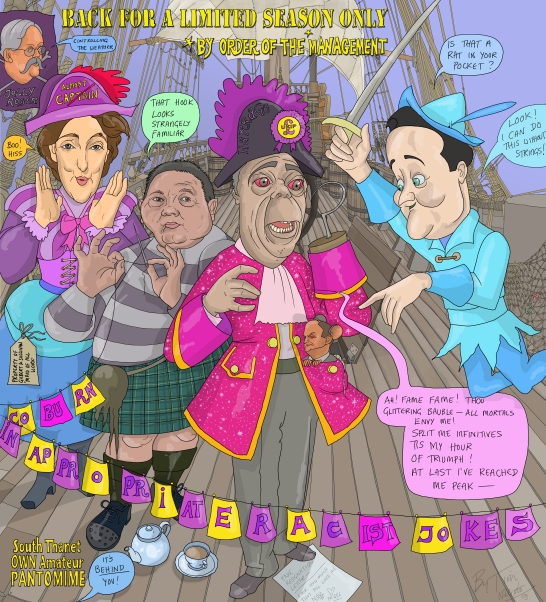 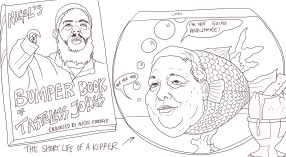 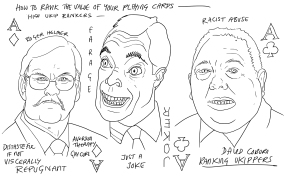 The rise in racist and extremist abuse since the Referendum means that there are many who believe the racism in UKIP is endorsed by the “Leave” result. It is not, and there are many people in UKIP, who would be appalled by the suggestion that they have anything to do with, or would ever condone racism. More than that, there is extremism on both sides: my point is that it feels it has been sanctioned, and that is a message that needs to be addressed and condemned.

As a Conservative, I find the libertarian aims of UKIP fairly laudable, but this is mixed with long-standing and often ill-considered ravings about the EU that in the end informed and dictated the tone of the recent referendum as well as giving structure to Conservative euro-scepticism, whether Farage was part of the official Leave campaign or not. I was in some difficulty throughout the campaign because I believed and continue to believe that, while the EU is seriously damaged, the European project, nevertheless, and because of our shared history, remains a fundamentally sound one. I felt that the Remain campaign was emphasising the wrong things (fear and greed), appealing to the wrong people (experts) and singing to a songsheet promoted by Farage. In the few debates I attended, the “remain” pitch was made by people peddling weak claims about something that had long since been dismissed as folly. In contrast some brilliant people, particularly our local MP Chris Heaton Harris, made a reasoned and impassioned case for “Leave”. And Chris was fairly unique in specifically saying he would not play the immigration card. If Chris had dictated the terms of the debate, I would have been a “Be-Leaver”. Indeed, at Chris’s encouragement, I contributed animated adverts at no cost specifically to draw attention to the appalling treatment by Europe of our fishing industry, something we must address whether we are “in” or “out”. 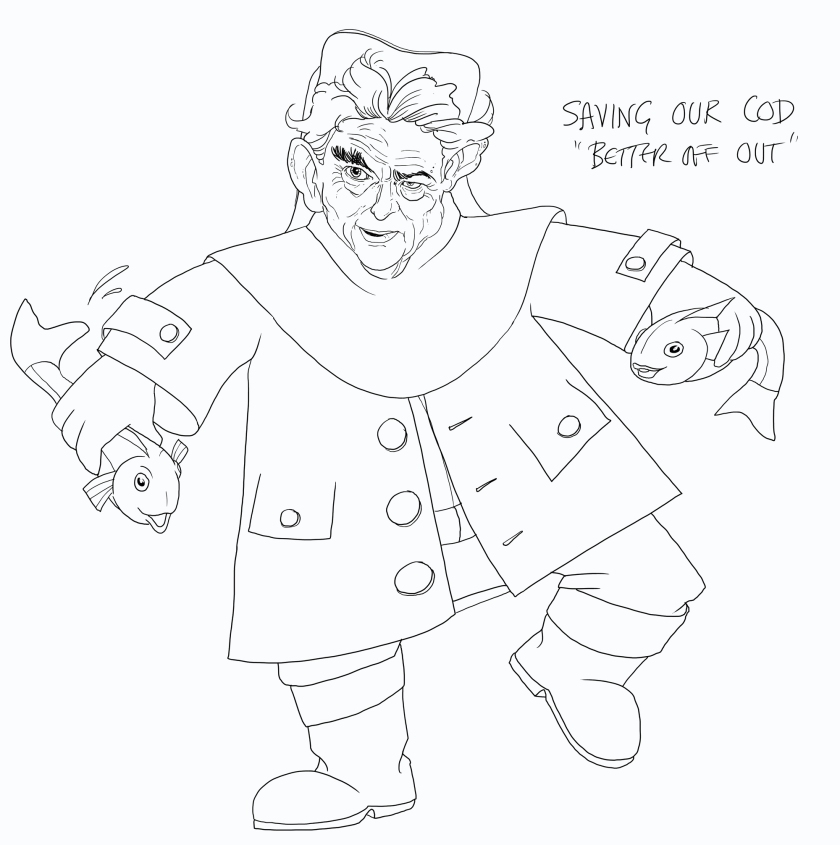 I was also appalled and have spoken and written about the abuse of Greece by Germany in particular (Greece had a referendum and Europe made it have another when the result was judged to be “wrong”). Our debate about Sovereignty was made clearer by seeing the sovereignty of Greece ripped away.

But it was Farage’s silence over racism and his indulgence of the powerful thugs in his party that convinced me this campaign would head in the wrong direction and that we might threaten or might leave Europe for the wrong reasons sending a very confused message. This has proven to be the case. The overall debate was controlled by Farage, and while Boris fought hard to wrestle the mantle from his shoulders, he must have found it tough to swallow the nonsense about Turkey’s accession and the £350 million that now Farage says he never endorsed (It was, nevertheless, in the literature I was given a year ago by UKIP). Believe me, I would have done the same thing – Boris had no choice and to his credit, I think, and in the end, Boris made the Leave campaign his own. More than that, he managed personally to avoid any hint of racism and indeed, as far as he was able, temper the debate.

I feared that whoever brought down a man as powerful as Farage was unfortunately doomed. And my fears have been fulfilled. Boris is a brave and noble man. He has taken one for the team.

BECAUSE there could have been nothing worse than giving Farage a place at the negotiating table or rewarding him with a role in government. Knight him and let him leave!

Farage demonstrated to me last year very clearly that he is a man wholly without honour and that those who follow his lead, also abandon honour and integrity. When one of his elected cronies made a foul and public racist comment against a sitting politician, Farage dismissed it as a joke. 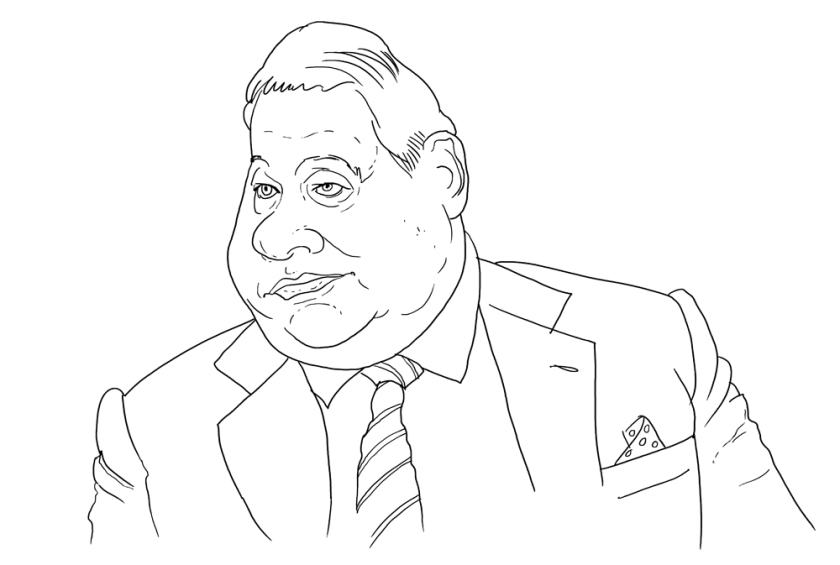 More than that, when I took a stand to support Humza Yousaf, the Scottish minister for Europe, my family was attacked by a sinister local UKIP councillor who thought that a smear and a distortion of facts was an effective and proper response to my resignation. He offered no apology, and nor did his master, Farage. 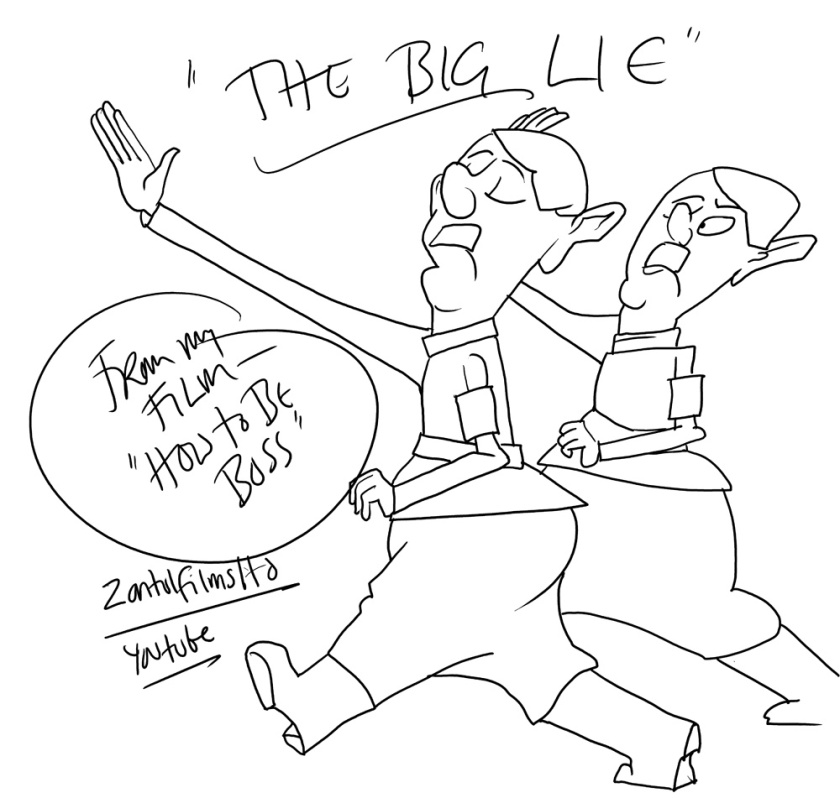 People do not always read the lessons of history. For example, both Napoleon and Hitler turned to the Plebiscite, today’s “referendum” to justify their actions. It may be a tool for democracy but it is also a weapon of tyranny. Today, the web is filled with cries of “foul”, and whimpers from people who felt they voted the wrong way, and now regret their vote, or claim that 63% of the youth vote simply did not bother to vote. Some people blame Jeremy Corbyn and others blame the Glastonbury festival for that!

A blueprint for tomorrow

But the Leave vote has happened and we should be looking forward to finding solutions that reflect the reality – ensuring at the same time that Scotland, Ireland and Gibraltar are fully anchored to the UK, and also keep their place in Europe. There is even a case for London to retain its place as the financial hub of the EU while at the same time, pulling back the tide of EU bureaucracy from the shires. The EU is either a supra-national entity or it is dependent on the Nation-state. I think this is an opportunity to show the way the EU can work around Nationality and work with rather than against National and regional sovereignty. It should not be a case of choosing the EU over our nation but of accommodating both if necessary and at various levels of association. This is also a blueprint for establishing fully devolved and fully accountable local parliaments. I wrote a few days ago about the absurdity of pitching Nationalism against Federalism. Actually, with some flexibility and some grace, we can embrace the best of both.

Our contribution to the EU

There are points to be made in favour of Europe and we may have to visit these over the negotiations. We need to look at ways to effect reconciliation rather than to drive a hard-bargain and we need to emphasise our overall contribution to the European project rather than posture as Farage has done and claim that European ministers have never had proper jobs. At the top of the list of contributions we have made to Europe is the Charter of human rights, the very thing that irritated so many people in my own party. The draft for this was written by a man called Maxwell Fyfe who became the Conservative Home secretary in Churchill’s peace-time cabinet. This was seen as the bedrock of a new EU-wide set of values, and it became our own in time. It was a British vision that anticipated the repeal of hanging, the institution of equality laws and the eradication of torture. This is a cornerstone to the modern Europe and I have successfully taken a case through the ECHR and helped to redefine the way the law is interpreted both internationally and nationally. I have a personal stake in this Charter.

Our role in History

More than that, I believe we have consistently gone to the aid of Europe in crisis, and to that end, fought two wars in Europe. Today, the Greek sovereignty issue is demonstration enough of the depth of crisis in Europe. Immigrants come and go and the immigration issue is actually a passing problem while the sovereignty issue drives to the heart of current EU abuse. It is not a time to be turning our back on Brussels but a time to engage fully with what happens across the channel and ensure that a long term-view, and that fairness, common-sense and goodwill are paramount. When Lord Fyfe wrote the charter, we were not a member of the EU. That clearly did not prevent us from playing a decisive role in the way the EU was established and the values it promoted.

Whatever our legal relationship with the EU project, I think we should be determined to  play a pivotal role in securing the values we hold dear. It is in Europe’s interest and in ours to see that Europe works properly. It is not working properly now and nor are we. We can both do better and we need to work together.

One thought on “Importance of History”