A few hours’ ago President Erdogan revealed his information. In fact, most of it had already been leaked by the various security briefings over the last few weeks. Erdogan gave a general summary of the evidence so far. So, not quite the “naked truth” that he had promised. But nevertheless, fairly sensational.

“Saudi Arabia has taken an important step by admitting the murder,” he observed but added that he was concerned about “inconsistent statements” produced by the consulate authorities over the course of the investigation and that there appeared to be a “local collaborator”who might have disposed of the body of Khashoggi.

He did not name Saud al-Qahtani who seems to have been involved in a skype chat. Maybe footage of that chat has been intercepted by the MIT men?

The event was covered live on Turkish tv, TRT world and a fairly good summary was then broadcast by Al Jezeera with the title “live” above it but the lag was sufficient for me to have watched both versions! 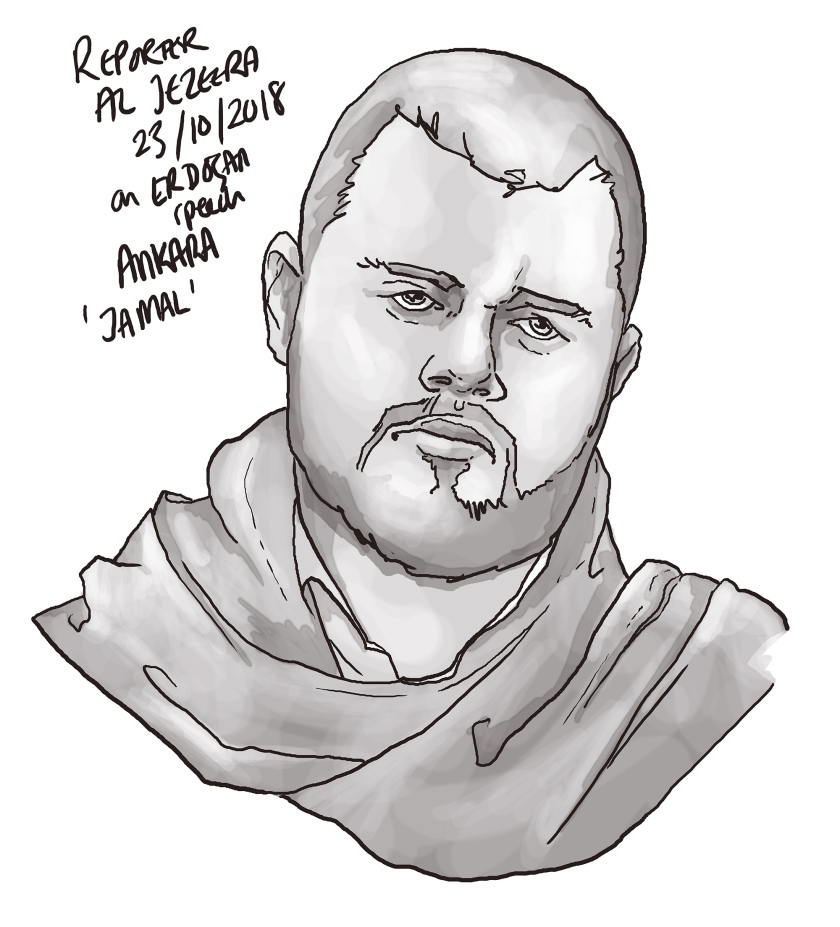