As I write, I note that Lord Feldman is stepping down as Chairman of the Conservative party at the same time David Cameron quits in October. Their successors will have quite a juggling act ahead, because whatever Britain does next, the mess in our own backyard across the channel shows no signs of going away. They are victims of something that has been going on for about 20 years now. 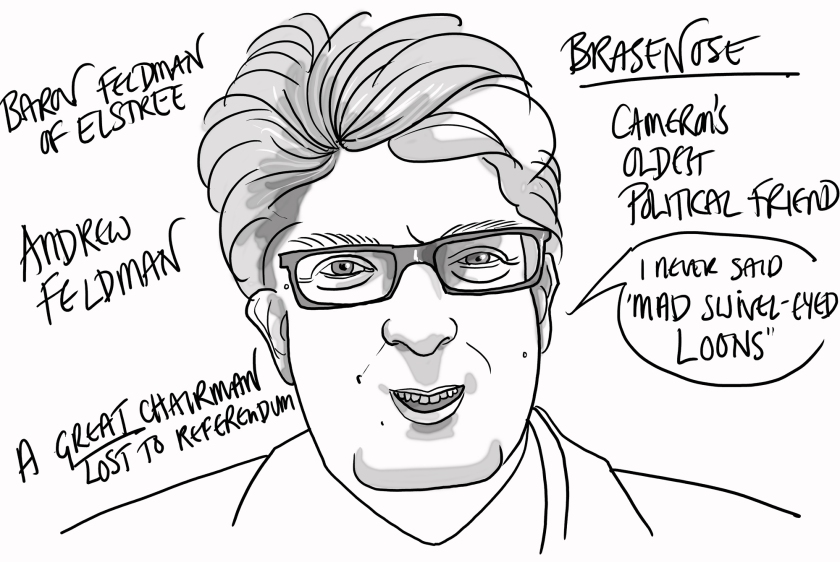 Today’s BREXIT news is just one example, albeit a dramatic one, of the collision between Federalism and Nationalism that has been building up for a few years now across the EU, and looks set to continue with the Spanish referendum, as well as calls in France for a referendum and a revival in Greece of GREXIT ambitions as a third bailout inches forward.

We could try some cod-psychology and say that the rise of Nationalism is a response to some wider global phenomenon, but the truth is that we have no way, at the moment, of judging where it comes from, except that across Europe and beyond, there is a genuine wave of far-right activism, seen most strikingly in the recent Presidential election in Austria, while Jobbik has had tremendous success in Hungary (where it organises a uniformed guard to police Roma areas), as has Poland’s “Law and Justice” Government which came to power in October, the Swiss People’s party, Marine Le Pen’s Front national, the “Freedom party”in the Netherlands, and the Danish People’s party scoring 21% in the last election- Then there are “The Finns”, the Sweden Democrats and down in Greece, the abominable Χρυσή Αυγή as well as our own UKIP here in the UK. I am not sure about how Nationalist is “Our Slovakia” but it did quite well in the last election, and, of course, Germany has its own Nationalist party called “Alternative for Germany” AfD, led by a fairly ferocious woman called Frauke Petry who thinks it is legitimate to shoot refugees (“the use of armed force is there as a last resort”) and that women (I assume she means German women) should have at least three children. there are less successful but equally vocal right wing movements in Italy (the Northern League), the IRL in Estonia, the LDPR in Russia, Slovak Nationalists, Attack, Svoboda, Serbian Radicals and the HČSP, otherwise known rather worryingly as the Croatian “Pure” Party founded by war criminal Ante Pavelic which currently says it is against “NATO, the EU and Gay Marriage”.

There has also, oddly, at about the same time, been a surge in committed socialism as seen in the rise of Tsipras and Corbyn, two people who I am sure mean well but who manage power with a spectacular mix of arrogance and incompetence. The arrogance comes from the size of the  popular vote that thrust them into office (we should be careful not to confuse legitimacy with popularity) and the incompetence- well, that is clearly a natural gift in each case. Both have a certain charm. I might enjoy having these men round for tea, and I am sure their conversation would be tremendous fun, but I would not trust either to run my country. Indeed, I think neither Tsipras nor Corbyn ever expected to be elected and so both could offer all manner of promises and absurdities to their respective electorate that they now have to make good and neither was fully prepared for the job. Today, both men seem mostly committed to dithering or forgetting to wear a proper tie.

Modern Europe has also seen a rise in political idealism, what I imagine Mrs Thatcher would have called “Federalism”, most notably in the personnas of Tusk, Jean-Claude Juncker and of Frau Merkel, all of whom, I think, are deeply mistaken in the way they see the European project and their own roles within it. Of course, with hindsight, I am sure they might have surrendered more to David Cameron in the months before the Referendum, but that is the problem with so many of these people- they are locked into a belief that their own ideology, and their own authority moreover, whether European, far Right or far left, is of paramount importance to their overall identity. People are bigger than these passing belief structures, and the only way to tackle such ideologues is to be big enough to bend slightly. The EU was defeated by BREXIT because it was perceived to be undemocratic and inflexible, which quite bluntly is a valid belief.

I think it does not automatically now fall to others within the EU to sort out its future. We still have a role to play in what happens, and we have an interest in the way our neighbours operate. It can no longer be “business as usual” and it is not just about our future!