While he is celebrated as one of the founders of Irish Catholicism, and while he was born in Ulster, St Finian actually owes more to Wales, where he was educated by St David. He does not seem to have been a very placid man, getting into a quarrel with St Columna over a copy of St Jerome’s Psalter which Columba eventually had to surrender.

The problem is that there are two St Finnians of which Cluain Erairdat /Clonard is the primary! The second one, whose feast is on 10th September and who comes from county Donegal,  seems to have been educated partly in Rome and brought back a copy of the Vulgate with him to Ireland. He set up a school, Druim Fionn, on a sacred pagan site in Movilla at Maigh Bhile.

Where there two St Finnia? Really? Well, maybe not! There are simply many legends. Two many for one individual. Unless he be a shape-shifter and of great age, which was exactly the type of man St Finnian Two met on his travels around Ireland. 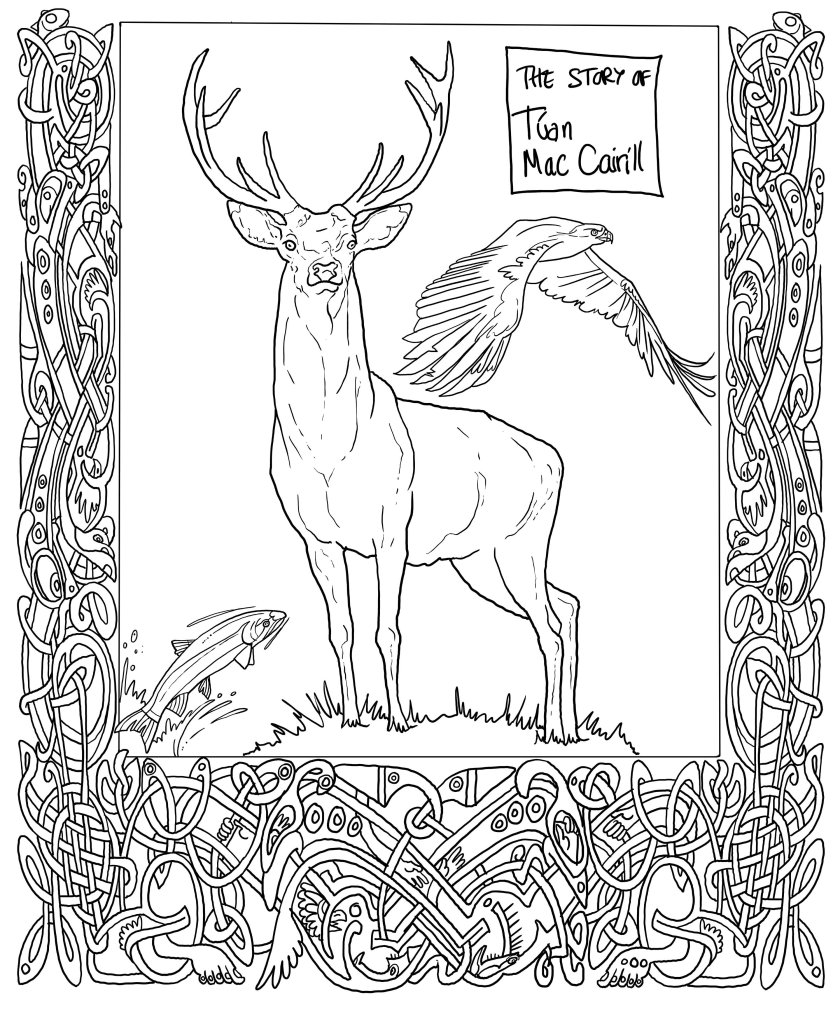 Ovid introduced the idea of metamorphosis and, of course, Disney does it best in the alcoholic dream of Dumbo, with all those pink elephants, but metamorphosis was also alive and well in Celtic Ireland! Túan Mac Cairill is one of the first men ever to come to Ireland. He is one of the early heroes ranking with Cu Chulainn and Fionn Mac Cumhaill.

Túan Mac Cairill’s family and tribe die from various plagues and yet he survives. At various times over the next two thousand years, consumed with loneliness, he changes into a deer called Nemed, a wild boar and later a hawk and a salmon until he is eventually caught and eaten by the wife of Cairell, the king of Ulster; over time, he sees new groups invade and settle in Ireland. Finally, he is reborn as a baby again, the son of Cairell (a result of her eating the fish!) as a human and meets Finnian to tell him his story from start to finish.

He says: “Then I was fleeing from refuge to refuge and from cliff to cliff, protecting myself from wolves. Ireland was empty for thirty-two years. Age came upon me at last, and I could no longer travel. I was in cliffs and in wildernesses, and I had caves of my own.

“The son of Agnoman landed, my father’s brother. I used to see them from the cliffs, and hid from them: I was shaggy, clawed, wrinkled, naked, wretched, sorrowful. I was asleep one night. I saw that I went into the shape of a wild stag. I was there thereafter: I was young, and in good spirits, and the lord of a herd, and I made a circuit of Ireland with a great herd of stags around me.”

In the end, he meets St Patrick and converts to Christianity. Arthur Rackham illustrated the moment below that Túan Mac Cairill turns into a hawk: Echoes of the great Ursula Le Guin! 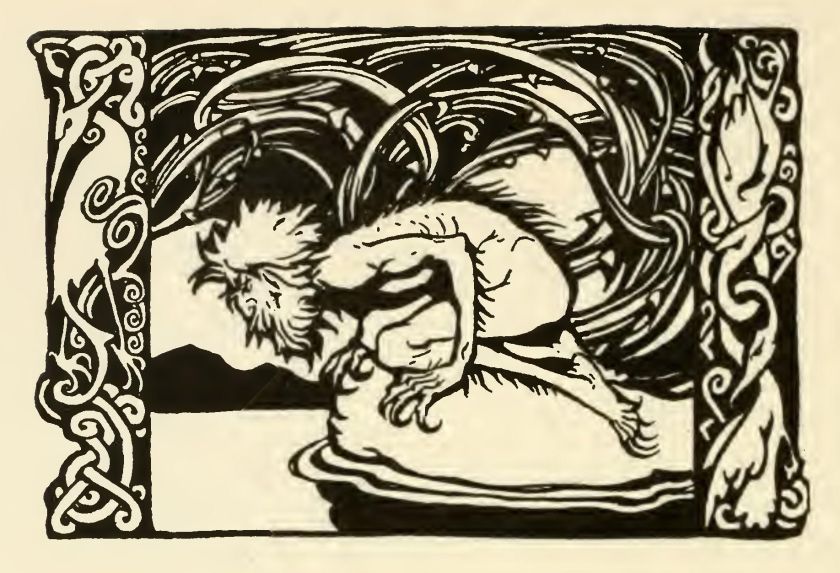