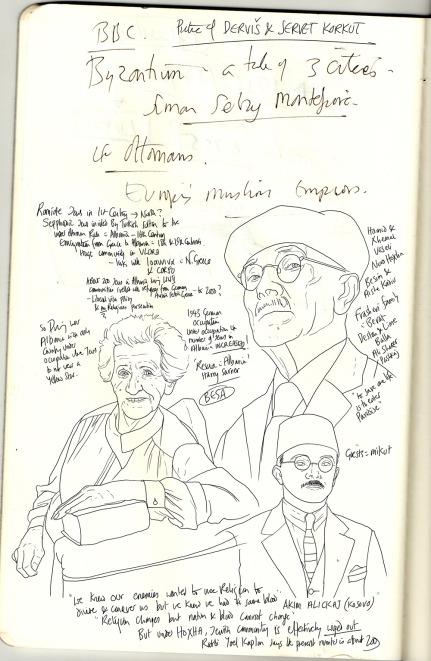 Today Pope Francis is visiting Albania and the news footage shows him saying Mass just down the road from Enver Hoxha’s tomb. Hoxha outlawed religion but this was just one small negative in an otherwise profoundly tolerant society. This is what the Pope has to say about religion in Shqiperia,

“There is a rather beautiful characteristic of Albania, one which is given great care and attention, and which gives me great joy: I am referring to the peaceful coexistence and collaboration that exists among followers of different religions…The climate of respect and mutual trust between Catholics, Orthodox and Muslims is a precious gift to the country.Nobody should use God as a ‘shield’ with which to justify ‘acts of violence and oppression’.” 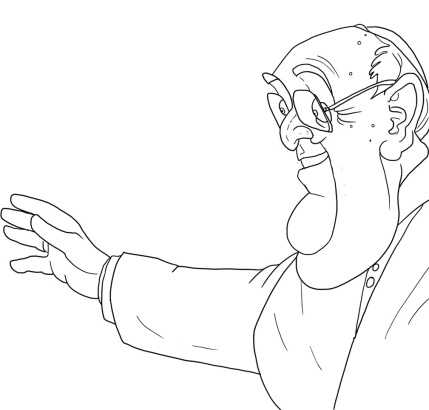 A few days ago, my Macintosh died and was sent to be repaired. During that time, I was given a story about the survival of a wonderful little book, barely measuring 6 inches square, in Sarajevo. This is the Sarajevo Hagaddah which was written and illustrated in the 14th Century. The Haggaddah is a story book deriving its name from the Hebrew word “to tell”. Because of images of a Rose and a wing, it is presumed that the Hagaddah (a prayerbook containing stories, songs and prayers for the Jewish festival of the Passover) was a wedding gift for Shoshan and Elazar. It was subsequently saved from the Spanish Inquisition and made its way to the “European Jerusalem” that is or was Sarajevo, what Rebecca West described as a city cradled by the mountains “like an opening flower”. At the end of the 19th Century, it came up for sale to a Jewish cultural centre, “La Benevolencia” and was eventually bought by the National Museum, Zemaljski muzej, for about $10,000. And here is the interesting little story that caught my eye…

The Germans invaded Sarajevo, annexing it to the puppet state of Croatia and demanded the book as part of their “Indiana Jones” project to collect and exploit the religious power of assorted talismans. Hitler also planned a “Museum of an Extinct Race” organised by Alfred Rosenberg and this would have been a prized exhibit. Jozo Petrović, the director of the Museum and Derviš Korkut, a dapper curator with a waxed moustache and fez had hatched a plot to protect the book from the Gestapo as well as the Croatia secret police, the Ustashe and the Handjar, the Muslim division of the SS. They believed that as “kustos”, they had responsibility for the book’s survival. The head of the Ustashe was an aggressive Anti-semite who goes down in history saying “Not a stone upon a stone will remain of what once belonged to “the Jews. The city’s eight synagogues were destroyed. When the Obersturmbannfuehrer Johann Fortner requested the book, they said “Oh that’s very odd. Another German officer has just taken it away.” The German asked, “What was his name?” and here was the brilliant reply, “I did not think it my place to ask such a question.” The curator then scrambled out of a window and down a drainpipe, taking the book back home to his wife who was interviewed late in her life about the story.

“I knew he had a book from the library, and that it was very important,” she said. “He said, ‘Take care, don’t tell. No one must know or they’ll kill us and destroy the book.’ ”

The book was promptly hidden under the floorboards of a Mosque in Zenica and was put on public view with liberation in 1945. After the Bosnian war when it was again in danger of destruction, it was restored and has been back on public display since 2002.

Derviš and Servet Korkut not only arranged the hiding of the Haggadah, but also hid a Jewish Ladino-speaking girl who could no longer be sure of her safety with the Yugoslav partisans.  This couple was Albanian and the Albanian Muslims have a code of honour called Besa which obliges them to hospitality and the protection of their guests. Mira Papo was kept as a member of the family, right under the noses of the German soldiers in Sarajevo. Later, I understand that the same Mira Papo, now an old lady in Israel, arranged the safety of Korkut’s daughter during the Bosnian war in 92-95.

The principle of Besa is seen in Albania itself. Besa is what motivated Derviš and Servet Korkut. In 1934, the American Ambassador to Albania, Herman Bernstein said, “There is no trace of any discrimination against Jews in Albania, because Albania happens to be one of the rare lands in Europe today where religious prejudice and hate do not exist, even though Albanians are divided into three faiths.” Maybe, BECAUSE they are divided into three faiths!

Albania has a long history of tolerance which was briefly compromised during the Enver Hoxha period after the war, but now appears to be as solid as ever, with an Orthodox cathedral rubbing up against the old Mosque in the central square of Tirana. Jews first came to Albania in 70 AD after the fall of Jerusalem, mostly washed up on the shore as escaped captives from the Romans. They build the first synagogue near the Greek city of Βουθρωτόν in Sarande, in Greek Άγιοι Σαράντα, the capital of the Albanian Riviera, pretty well directly opposite the northern villages of Corfu, Nissaki up to Kassiopi, where the English have created Kensington on sea. The Jewish community remained secure but small until the Spanish Inquisition when, like Kosovo, Albania began to welcome fleeing Sepphadis. The false messiah and Kabbalist, Shebbetai Zevi,  (שַׁבְּתַאי צְבִי), took refuge in Albania – of course, by that time he had been forced to convert to Islam (one of the “Dönmeh”) when he was brought before the Sultan Mehmed IV on 15th September 1666. There remain groups of Dönmeh incidentally in Turkey who combine practices and beliefs from Islam and Judaism and were very active as “Young Turks” in bringing about the fall of the Ottoman Empire and the rise of Attaturk.

Other Jewish communities developed in Berat and Koritsa. The security offered by Albania led a British scholar Leo Elton, to suggest that Albania might be a better refuge than Israel and a national home free from persecution. As the second world war broke out, and Albania fell under Mussolini, the Italians set up a camp for Jews in Kavaje and a number were sent on to Italy and the gas chambers, but most Jews in Albania survived the holocaust because of the principle of Besa. There are numerous stories of personal sacrifice  because of Besa, and many families competed with one another to outdo the demands of hospitality. A good example is Nuro Hoxha. His son records, “My father sheltered four Jewish families. They all were his friends. I remember my father’s words to those he took in, ‘Now we are one family. You won’t suffer any evil. My sons and I will defend you against peril at the cost of our lives.'” The Kadiu family records, “My father said that the Germans would have to kill his family before he would let them kill our Jewish guests.” Impressive stuff.

“Albania was one of the only European countries that had more Jews at the end of the war than at the beginning of the war,” said Michael Berenbaum, former project director of the United States Holocaust Memorial Museum.

There is a good summary here:

To return to the words of Pope Francis,

“What the experience in Albania shows is that a peaceful and fruitful coexistence between persons and communities of believers of different religions is not only desirable, but possible and realistic.”

Here is a video of Francis arriving in Tirana. Given the fact that there is a serious death threat from ISIL, this is one brave independently minded man – arriving in an open jeep waving to a pretty impressive crowd. This is not something that would have been done by his two predecessors who are drawn here: 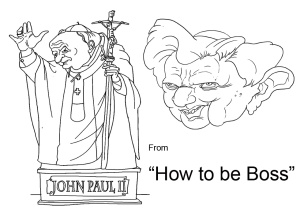 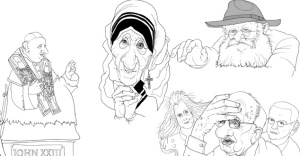 One of the most instantly recognisable figures from Albania’s recent Religious past is Mother Theresa. Here is a picture of her together with the late Lubavitcher Rebbe, Pope John XXIII and for some unaccountable irony, Mr Murdoch and his cronies. It is a still from the film “How to be boss” which won an award for Best Animation in 2012!