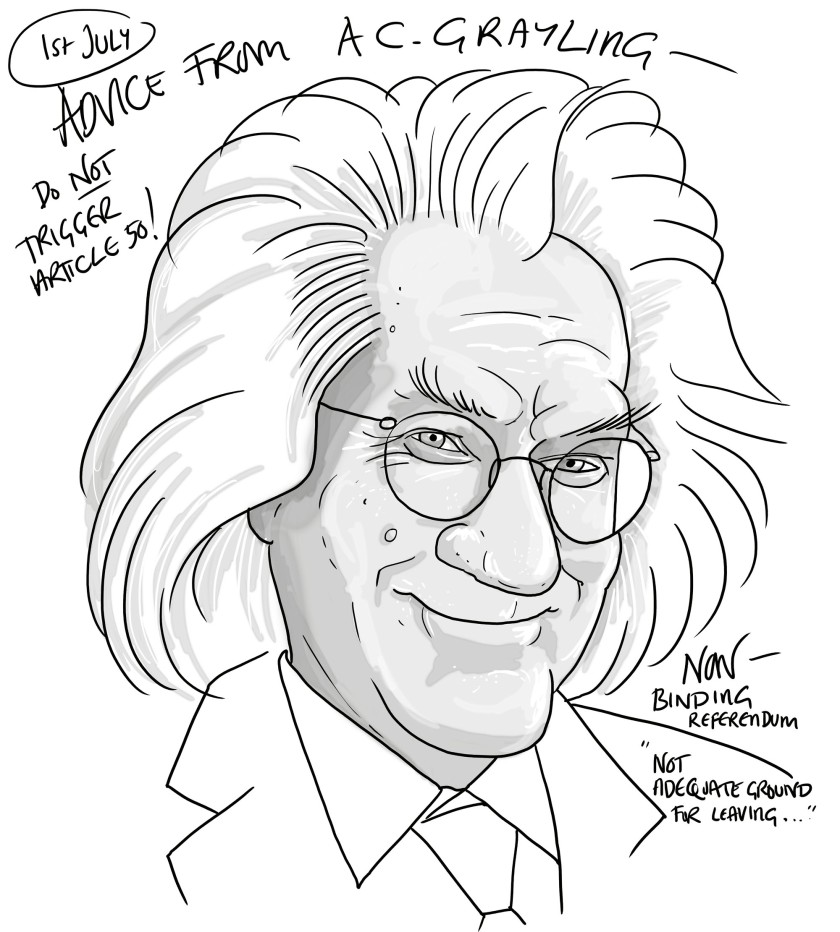 AC Grayling is the founder and first master of what Terry Eagleton earlier called the “odious”  Independent university NCH which was one of the projects advanced by Anthony Seldon, now vice chancellor of University of Buckingham, and welcomed by Boris. Current academics at NCH include Peter Singer, Richard Dawkins Vernon Bogdanon Trevor Nunn and Christopher Peacock. Frankly, Eagleton who championed opportunity for all and objected to private education in principle was a bit rich making his comments as he was then teaching at one of the more expensive private universities in the US. The first students enrolled in 2013 and a wide range of scholarships and bursaries ensured a fairly broad intake, in Grayling’s words, “elitist” but not “exclusive.” These words are often interchangeable and I got into trouble once for using the term elite as a synonym for “best”.  People can be very quick with their interpretation of words and there are fashions in the way they are used and abused.

Here is the text of Grayling’s letter to MPs:

At the urging of many of my students – who come both from the United Kingdom and the European Union – and my own conscience, I write to you to express a respectful but strongly held view that, for the reasons set out below, Parliament should not support a motion to trigger Article 50 of the Lisbon Treaty. It is within your democratic remit and duty as a Member of our Parliament to vote on whether to initiate that procedure. By voting not to do so, you will keep the UK in the EU.

The non-binding referendum, its circumstances, and its slim majority achieved in those circumstances, is not an adequate ground for the UK to leave the EU.

The relevant factors and reasons are as follows.

In order for the UK to begin the process of leaving the EU, Parliament has to vote in favour of invoking Article 50. It is possible that complex constitutional issues might have to be settled in advance of such a vote, for example repeal of the 1972 European Communities Act. This is a matter that legal expertise is required to settle. But the key matter in the end is a vote on whether to initiate the Article 50 procedure.

Parliament as presently constituted has a substantial majority in favour of remaining in the EU. Given the following factors:

For all these reasons and more, there is a powerful case for Parliament to use its discretion to determine that it is not in the UK’s interests to leave the EU.

No doubt this will cause anxiety among those MPs who think that a simple majority in a referendum confers a moral, even though not legal, obligation to treat the referendum outcome as prescriptive and binding. This is far from being so, for the following reasons.

First, in most jurisdictions major constitutional change requires a supermajority or two-thirds majority to effect them (as e.g. in the USA and Germany), whether in a legislature or in referendums. In Switzerland, which alone among developed nations employs frequent referendums in its ‘semi-direct’ democracy, major decisions require a double majority of the electorate and the cantons.

For a very major change such as exiting the EU, it is not acceptable to have matters decided by a small simple majority. So great a change requires a significant degree of genuine consensus, at the minimum such as a 60% majority would reflect.

Second, a referendum is in essence a decision by crowd acclamation. You will of course well understand that there is an excellent reason why most advanced and mature polities do not have systems of ‘direct democracy’ but instead have systems of representative democracy, in which legislators are not delegates sent by their constituents but agents tasked and empowered to investigate, debate and decide on behalf of their constituents. This reason is that rule by crowd acclamation is a very poor method of government.

Consider: suppose that every item of proposed legislation were decided by referendums, which would therefore occur very frequently. Bills on health and safety in manufacturing industry, on reform of higher education, on the use of chemicals in water treatment plants, on regulation of air traffic over the nation’s airports – bills proposed by government and drafted in detail by civil servants – would be presented to the public, who would then vote. Would that work?

Very obviously, not. The expertise, patience and time that most of the public could bring to the task would be extremely limited; the lack of expertise, especially, would be a serious, perhaps disastrous, handicap. And very soon turnouts in referendums would plummet to single figures, rendering their democratic value nugatory.

Now I beg: really do consider the implications of the foregoing thought. Referendums are snapshots of sentiment at a given point in time. Government by referendum is government by crowd acclamation: not democracy, but ochlocracy. That is exactly why we have representative democracy. If referendums would be a poor way to decide on health and safety, air traffic control, or education, they are an exceedingly poor way to decide a matter as momentous as membership of the EU. This is and should be a matter for Parliament, taking all factors into account.

Moreover: the circumstances of the campaigns and the consequences of the vote itself must be considered. There was a great deal of misinformation, distortion, and false promises, much of it quickly revealed in the immediate aftermath of the vote, and resiled upon even by those who had made those claims and promises. Tabloid urgings for Brexit were followed, in the very same tabloids, immediately after the vote by information on its consequences which shocked readers. We have seen much reported about the post-vote regrets of people who had voted for ‘Brexit,’ – including some high-profile individuals who before the vote had been urging it in their newspapers.

These factors add up to this: that there are grave doubts about whether the basis on which votes were cast, especially among many who voted for ‘Brexit,’ are good grounds for Members of Parliament to resign their competence and duty to consider whether the UK should leave the EU. On the contrary: these considerations make it all the more imperative that Parliament should exercise its sovereign responsibility in the matter.

There is a formal online petition requesting a second referendum. If this petition is genuine and not the result of fraudulent computer hacking, it is the most extraordinary phenomenon: as I write these words it stands, only a few days after the vote itself, at over four million signatures. However if Parliament were to exercise its responsibility in voting down a proposal to trigger the Article 50 procedure, no second referendum would be necessary.

Some have suggested that a following general election, in which each MP made clear his or her standpoint on Remain or Leave, would provide a definitive conclusion to Parliament’s decision on the matter. However this is not constitutionally necessary: Parliament is sovereign: an election would merely prolong uncertainty.

One of the most important reasons why Parliament must take a bold sovereign stand on the outcome of this small-majority advisory referendum, is the interests of the young. We know that the Remain and Leave votes divided along the fault lines of age, educational level, and geography. There is every reason to urge that the wishes and interests of the young – the younger, more aspirational creators of the country’s future – should be given most weight. Parliament should protect those interests and respect those wishes. Some say that any among the young who could vote but did not, have only themselves to blame. This argument will not do. Those young people might have legitimately thought that their elders would not be so foolish as to betray the future by a ‘Brexit’ vote. But punishing them with a ‘Brexit’ is not the right response. The sober judgment of Parliament should be on their side.

You might think that Parliament’s discretion not to trigger the Article 50 procedure would leave matters hanging in the air, with continued uncertainty and the instability and political upheaval that it would bring.

In debating and voting on whether to trigger the Article 50 procedure, it can be made clear that Parliament has noted

and that it is exercising its democratic duty to take a view and to vote accordingly. If the vote is to not trigger the ‘Brexit’ procedure, our partners in Europe can be informed and normality can be restored.

The EU is flawed and has problems. But as a powerful member of one of the three great blocs in the world, the UK can do much to help it get better, and to work within it to help all its members realize the great ideals of peace, prosperity and co-operation for which the EU exists.

Let us not absent ourselves from this beautiful endeavour. Let us not injure it by refusing to be part of it, thereby also damaging ourselves and the hopes of our young.

Please – you have both the ability and the duty to use your own discretion in this matter. I very respectfully urge you to use the first and obey the second. The future truly depends on it.

Master of the College