I was doing some work on the development of mediaeval armour mostly because I was shown two pictures which I have copied and both were dated earlier than I think could actually be possible given the quality of armour that they show. Check my notes below (bottom 2 pics).

This picture is supposed to come from a manuscript dating from the battle of hastings , or is an image of the battle. Almost impossible, I would think from the way the sleeves of chain-mail (the term is itself an anachronism anyway invented by Water Scott) and the helm of the knight in the centre. 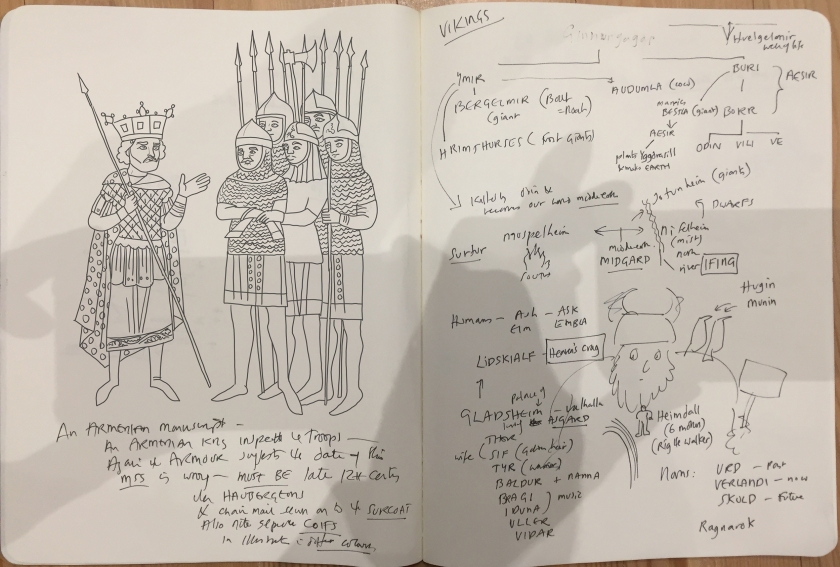 here is a scene from an Armenian manuscript. Deeply charming but cannot be earlier than mid 12th century. The shorted haubergeons stitched onto the surcoats quite apart from the very rounded helms that suggest something between the norman nasal helm and the later sugar loaf.

Anyway, whatever their historical origins, I loved the characters in the two pictures and the way the figures are grouped. There is some sort of animation in both pictures.  And I love the tent in the first picture… 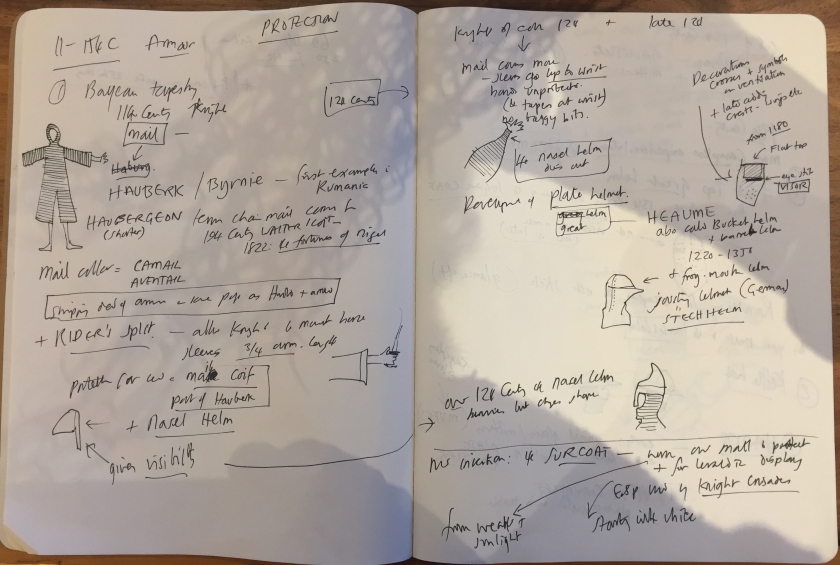