There is an appalling Mary Poppins’ film produced by Mosfilm called “Goodbye Mary Poppins”Meri Poppins, do svidaniya, which was made, I assume, without permission from PL Travers. However, said Pamela actually visited the USSR in 1932 before she published Mary Poppins. Maybe Mary Poppins was already partly on paper by then? It is tantalizing to speculate.

I thought when I read her account that I would find evidence that she was a secret communist and would altogether have approved of the Russians stealing her copyright. Perhaps she never knew. Perhaps she stayed silent because she thought the soviet film might spite Disney. Whatever she knew of the film, though, there can be no doubt that she dislikes the Soviet system itself.

The book, her first, is a transition piece. She even dedicates it to herself (HLG), or rather to the old self that she was in the process of shedding. She went to Russia having just recovered from TB as Helen Lyndon Goff but she returns as PL Travers. Two months after publishing “Excursion” she published Mary Poppins under her new name. 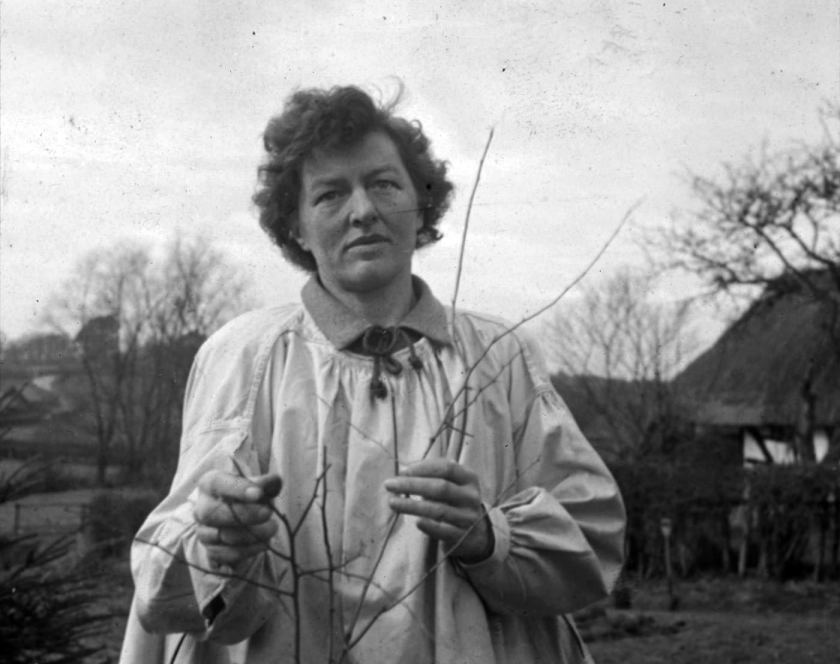 She was going on a trip well-trodden by the arts groupies in the UK organised through INTOURIST and VOKS. A few months before publishing Mary Poppins in 1934, (so in the same year as Katherine Susannah Prichard’s THE REAL RUSSIA but a few years before E. M. Delafield would publish Straw Without Bricks, or The Provincial Lady in Russia, which incidentally quite explains why so many Russian girls are encouraged even today to read the appalling Diary of a Provincial lady!) she published an account of her trip to Moscow called “Moscow Excursion”. She writes, ‘going to Russia, it appears, is almost as hazardous and complicated a business as going to Australia must have been in the days of Captain Cook.” She called it “a chance of a lifetime or a piece of utter recklessness.” She says that she went for “pure enjoyment: it is difficult for me to think or feel politically.” Unlike George Bernard Shaw, she did not meet Stalin but she saw him, as ‘a dark Asiatic face huddled in one corner’ of a car. But it meant nothing much to her. “Nobody, it appears, can conceive that a person who is admittedly neither for nor against the Soviet regime should want to go there.” 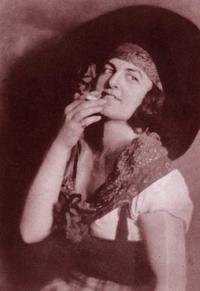 Her trip, accompanied by a delegation of british trade unionists whom she calls the “woikers” together with a handful of earnest academics (“serious and solemn”), began in Leningrad and went to Moscow by way of Novgorod (a part of the trip that was later cancelled when all available transport broke down). She was on a journey that proved to be a standard of Soviet propaganda, what Malcolm Muggeridge in 1972 called “one of the wonders of our age”, and what I assume at least two of the mothers of my prep-school friends must have been on.

Travers is not terribly respectful. She disliked the traditional version of Swan lake. She is irritated that the Kremlin is shut. there was a Congress going on. Meanwhile she was taken round nurseries, prisons, hospitals:

“here we are”, she writes, “solemnly trooping about looking at boots, babies and criminals as though they were bits of the True Cross”.

She brings with her 6 lemons which she distributes to a poor Muscovite, “his face suddenly softened and mobile and joyous.”

She thought the hospital was “the happiest place I have yet been,” though she also liked the prison where no-one did anything. She refused to visit the Prophylactorium for Reformed Prostitutes, though, which she calls “the house of prostitutes”. The guide was apparently confused and could not believe that she was not interested.

But Travers had some naughtiness going on, or at least says she had. She had a number of “friends” around Leningrad- T (with a stash of extra roubles), Z (a Russian Anti-communist whom she had met in Cambridge) Maybe one of the people she met was Hubert Butler who wrote Peter’s window and translated Chechov. She also mentions M, A, V and an anonymous film-maker from Birmingham “who had gone so Bolshie even the Bolshevicks think he is rather too much on the Red side.” Reading between the lines, though, these characters seem not only to have fictitious names but to be entirely imaginary- surely, one might reason, she could never have left her minder or her group to meet these individuals! It beggars belief. She says “the characters in the book are all synthesized personanges. So that should anyone imagine he has come face to face with himself- he is mistaken. It is always with someone else.” Still, the Butler link is intriguing and Olga Maeots even suggests a location where these people met PLT, an apartment on the 5th floor at 14 Lomonosova street.

At another point, PLT manages to sneak into a production of Hamlet probably at the Vakhtangov theatre. I suspect she was chaperoned there too and she seems to have worked out rather more of what was going on than she could have done without a translator. Her account is nevertheless wonderful. And I too had my own Hamlet experience in Moscow, where, like PLT, I was mesmerised by the way the text was cut up. In my case, the To be or not to be monologue was put into Act 5, but PLT records the following,

How often have we groaned when some star actor rhetorically hurls at the empty air the question whether it is nobler in the mind—etc, etc, and not even echo makes reply. Not so here. The speech was divided between Hamlet and Horatio. The two students are in the library of the palace, Hamlet turning a globe, Horatio on steps reaching up to a high shelf for a book.

To be or not to be—begins Hamlet.

That is the question, returns Horatio, as one who observes, Boy, you’ve said it. And so the speech goes on and for once appears real and the natural comments of very young undergraduates.

And she complains about the restraints of the guided tour and is critical of Russian society in general. “It seems to me horribly imperfect, horribly old-fashioned, horribly bourgeois … and at the moment more like Tom Brown’s Schooldays or a Church Lads’ Brigade than an ideal State.” She bemoans the “mechanization” of humanity where the old class system is subverted and the new workers “privileged to the exclusion of all others”.

“The machine is getting us, we are falling into place, cogs in the great wheel….The great human clock goes ticking evenly, but nobody seems to know if it is telling the right time.”

she has a great piece about Divorce and a gramophone player:

But in marriages where there are no children there is no end to the number of times you may be married and divorced. A young American I met a few days ago told me that a friend of his, also an American, had given an old gramophone to a Russian girl before he returned home. She was conspicuously plain in person, but she was immediately married by a young man with a taste for music. As soon as he had gained possession of the gramophone he divorced her and married a prettier girl. Succumbing, he made his new wife a present of the gramophone, and upon that she divorced him and married a handsomer husband. And so on. The gramophone led a giddy life, passing from marriage-bed to marriage-bed. Its end is not recorded. Probably it died eventually of old age and overwork

She resents being a tourist and having to submit to such controlled access: “a part is not enough for me. I want it all.”

“Oh, it’s clever, it’s diabolically clever. Lenin discovered that bears dance naturally and Stalin knew well how to put rings in their noses and lead them through the streets. But somewhere, behind all the cunning exploitation, is there not the bear’s own desire to be so led? Haven’t the people themselves chosen the tyranny that flatters their deepest instincts and relieves them of the necessity of thinking for themselves?”

The book, written on the eve of Stalin’s purge is now, I understand, translated over 6 years by Olga Maeots into Russian.