It is very odd to actually find time to watch breakfast tv and to see Piers Morgan taking a swipe at the excellent David Walliams, and – was it also a back-handed swipe at Bradley Walsh as well? I could not be sure. But I was at the event and simply cannot understand where Piers is coming from. 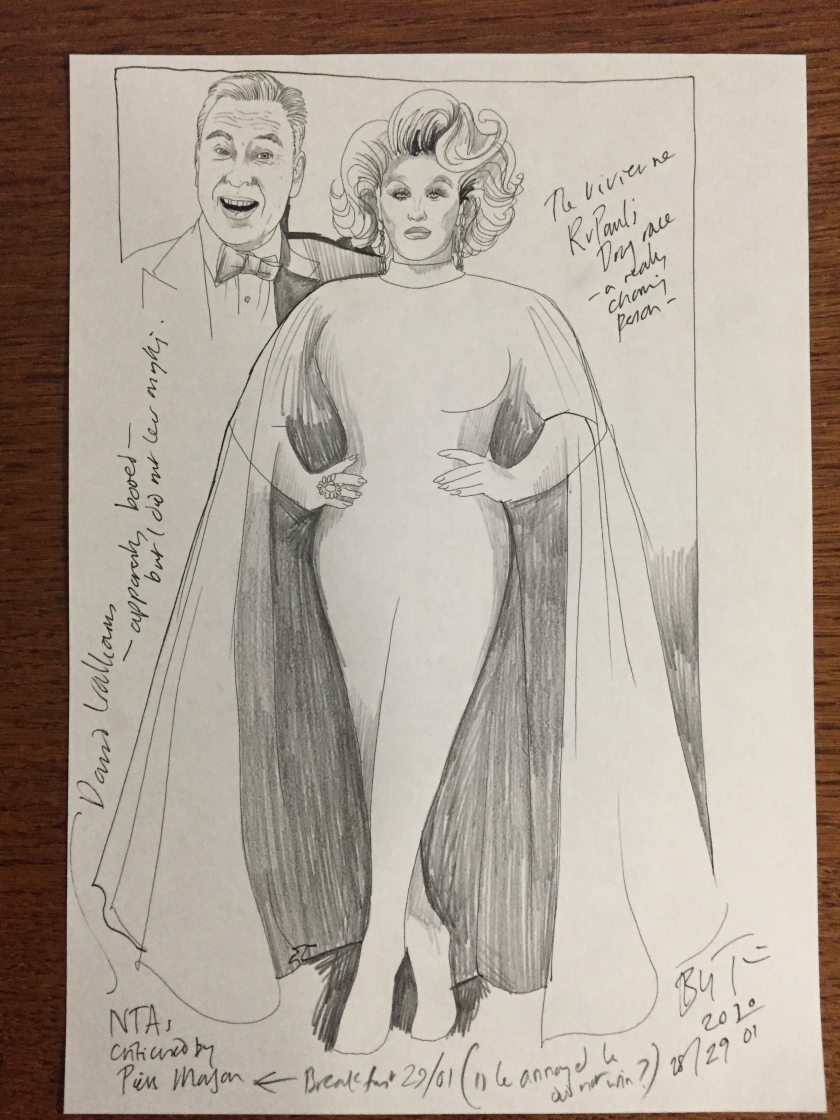 To be honest, more than that, after I got back to my hotel room late last night, I found myself watching “the Chase” for the first time on tv: what a treat! I couldn’t answer most of the questions, either! And some of those I gamely thought I could answer, I actually got wrong. There was one contestant on screen who plumped for a particular answer and locked it in, only to revise her decision moments later and to confirm what was actually the correct answer. I know how she felt! Oh! And Bradley Walsh is astonishing as the host: it is the kind of performance I enjoy – and warm to. It is a mixture of vulnerability and enthusiasm with also a hint of the dour and playful disdain of Les Dawson at his best – and all in the best possible taste. He is such an engaging personality and his expressions read with an immediacy and openness rarely seen. It is as if we get a first-hand experience of his thought-patterns. He does the same in Dr Who, too! What a treasure he is!

Then there was the “Love Island” contingent. I met Curtis and a few others, but the boys said hello and promptly walked off leaving the girls with me. I liked Maura, but really warmed to Molly Mae Hague – she is a classy, thoughtful girl.

So many other people to think of: Richard and Judy, Michael Palin, Ryan Mark Parsons, John Barrowman (who embarrassingly I did not recognise at all, but that could go for almost everyone there and I am sure they had no idea who I was either!). Ru Paul’s drag Queens were a scream from start to finish, and I had such fun going through the lyrics of “One thrilling combination” and “Mame” with Some Ting Wong. Vivienne is so tall, too!! Oh! and Poor Chris Hughes! Hope he is ok. It has been an education! Many thanks.