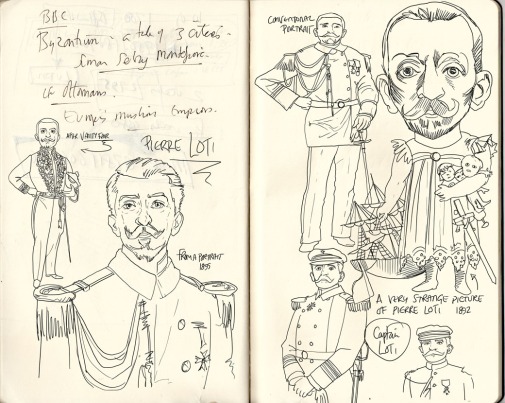 When I first went to Istanbul, I was taken to tea at Pierre Loti’s by Necati. We have been back there many times since and each time, it is assumed that I must know of Pierre Loti because he is such an important writer. Well, that may not be quite the case. I think the significance of m. Loti and the preservation of his home on the hillside overlooking the grave of Necati’s father, is less a matter of literary genius and more because he supported the Kemalists and earned the patronage of Atatürk.
Personally, I find it a bit sad that this man is lauded in Istanbul to the exclusion of another man like Edward Lear who drew at least two pictures of the Pierre Loti graveyard even before Loti had built his wooden house there. It is these pictures that we have tried to emulate in our own work and that are posted below. Here, meanwhile, is my copy of one of the Lear drawings: 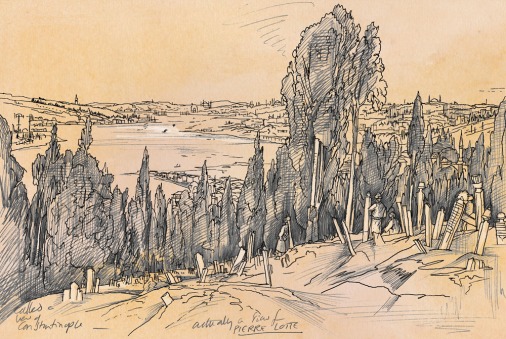 Loti is nevertheless an interesting if odd man. A French navy man through and through, he found his way to the far east, and began writing, publishing books about Polynesia, Tahiti, Senegal and Breton fishermen. A novel in 1887 called “Madam Chrysanthème” is essentially “Madam Butterfly” and is acknowledged (together with claims by John Luther Long, a Philadelphia lawyer, who wrote a story on something he claimed had happened to “his sister”) as one of the sources for both Puccini (1904) and Messager (1893). Loti himself had a temporary Japanese wife so the story is fairly autobiographical and Pierre is just as unthinking as Pinkerton. Later Loti wrote an impassioned paper against the British Raj called “L’inde” and was involved in quashing the Boxer rebellion in China in 1900.

His praise for Atatürk and support of the “Kurtuluş Savaşı” or Turkish war of Independence (which took in disputes with Greece, Armenia and the Ottoman throne and that really lasted from 1908-1923 but was sealed by the Treaty of Lausanne in 1923 and the abolition of the Sultinate, the abdication and exile of Mehmed VI on the British warship Malaya which went to Malta) is qualified by a fairly blistering attack on Turkey towards the end of his life. But the people of Istanbul love the cafe so Pierre Loti, like El Cid, I recall, has moved out of history and into some sort of mythology. No one reads his novels, but we all drink his tea.

Here are pictures of the graveyard that surrounds the Pierre Loti cafe: 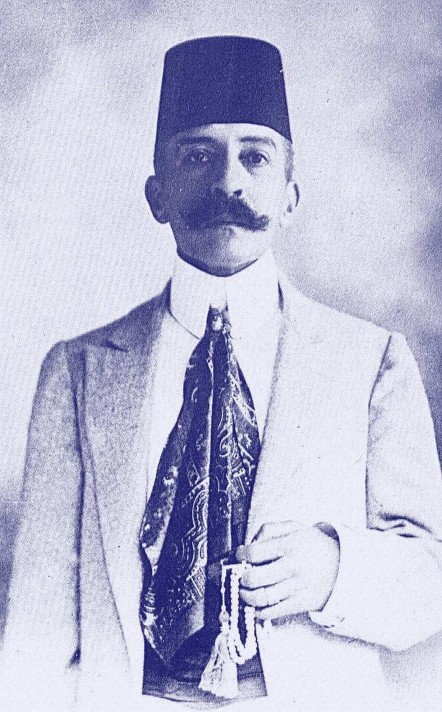 Finally, here is one of the most bizarre pictures, called an “academic image” but I cannot see why. 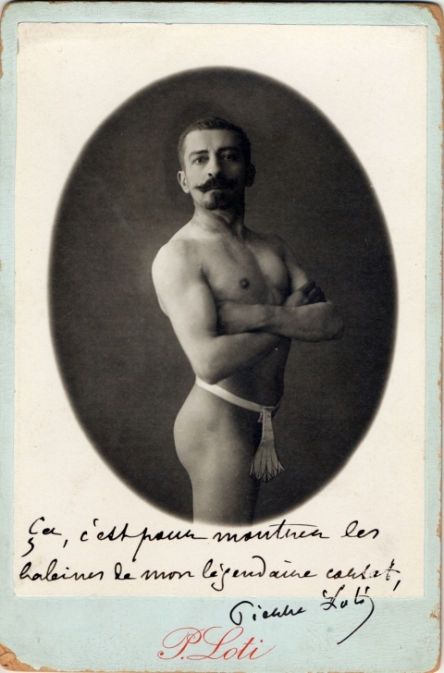 78 thoughts on “Who was Pierre Loti?”